The title of the work is from a famous quote of Henry David Thoreau (full quote below). As I was working on designing, painting and placing the fish into its massing swirl, I found myself thinking how humans behave in such similar ways. We follow other people and our 'so-called leaders blindly. We head in a direction that does not ultimately get us anywhere. And when something bad happens to us we cluster together, panic and then just repeat our mistakes again - over and over.

“The mass of men lead lives of quiet desperation. What is called resignation is confirmed desperation. From the desperate city you go into the desperate country, and have to console yourself with the bravery of minks and muskrats. A stereotyped but unconscious despair is concealed even under what are called the games and amusements of mankind. There is no play in them, for this comes after work. But it is a characteristic of wisdom not to do desperate things.” 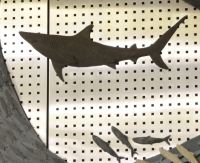 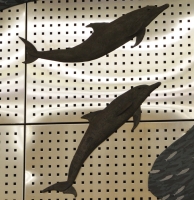 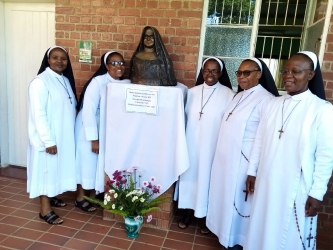